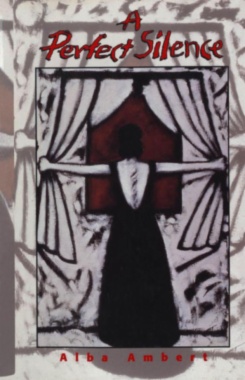 A Perfect Silence is a powerful tale of human suffering, courage, and ultimately survival. It renders with authenticity and poignancy a young woman’s struggle to break out of the cycle of poverty that has entrapped her family for generations. From the surrealistic world of a mental institution, a young woman struggles to come to terms with her past after a failed suicide attempt.

From her very birth into abject poverty, Blanca is lost in a nightmarish labyrinth of abuse and deprivation. In vivid and gripping detail, Blanca remembers her victimization at the hands of family and strangers, both in New York and in Puerto Rico. As her destructive odyssey progresses, she becomes a rag doll tossed about by her family and her foster parents, by her brutal husband and by the very institutions meant to help her.

This story is a tribute to a woman’s capacity to endure and survive. Psychologically accurate and stylistically elegant, the work is imbued with a strong sense of inherent human worth.