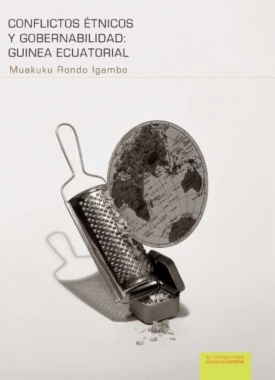 The topic raised in this book - the gobernability of multiethnic states - is essential in the contemporary world and on its resolution depends that we can bequeath to our children a just, pacific and culturally rich world or a wasp's nest full of violence, cultural hatreds and injustices. In the end the world is a multiethnic territory called to be governed by the same meaure for everyone.
Muakuku Rondo expresses this crucial dilemma, applying it meticulously to Equatorial Guinea and raising the possibility that a small state, with five or six very different ethnic groups as for cultural conceptions, as for number and as for political influence, could be governed in peace.Conflictos étnicos y gobernabilidad: Guinea Ecuatorial, tries to go into the root of the problems that afflict to the majority of the contemporary governments taking his own country, Equatorial Guinea, as an example.