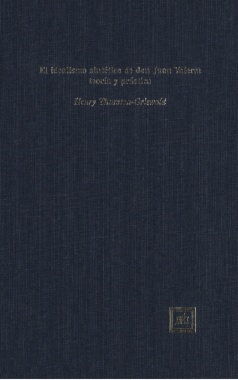 "Thurston-Griswold's book on Juan Valera lends fresh credence to traditionalist art and criticism of Spain's early modern period, while it also depicts Valera as a modern esthetician. In contradiction to the critics who see discrepancies between Valera's critical preaching and his novelistic practice, Thurston-Griswold argues a tight linkage between the two. In the development of this critical argument, he searches for a common denominator for the novels: an esthetic which is based on a persistent theme of love and an insistent love ethic." -Lee Fontanella, University of Texas, Austin. "... a carefully crafted study." -Teresia Taylor, Hispania