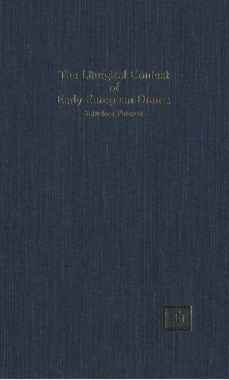 "This book can be interestingly and profitably read not only by an academic audience but also by a general public for an understanding and appreciation of two bedrocks, drama and liturgy, a twentieth-century culture." - Lawrence H. Klibbe, New York University. "A chapter on coronation rituals will attract special interest among historians." -Journal of Medieval History.