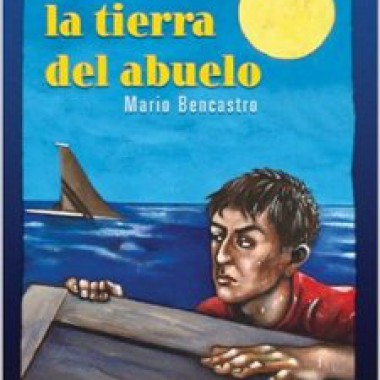 "Teenager Sergio is caught between two countries. He has lived in Los Angeles since the age of six, when he emigrated from Central America with his parents. But in a country far away from his birthplace and birthright, he finds himself coming of age without any sense of a ""homeland.""
But Sergio has spent many years under the strong, guiding influence of his grandfather, who lived with Sergio's family until his recent death. Before Abuelo dies, he exacts a tough promise from Sergio. After years living in a land that is not his own, Abuelo demands to be buried in his own native soil. Sergio's struggle to honor his mentor takes him on a dangerous mission, fraught with unexpected disasters.
Sergio's voyage journey of self-discovery and cultural exploration that requires Sergio take control. He encounters unexpected triumphs and discoveries that will enrich the rest of his life.
Viaje a la tierra del abuelo explores critical questions of identity, homeland, and culture, issues that are grounded in the reality of immigrant teenagers who have been raised and educated in the United States. In this well-crafted and sensitive narrative, acclaimed author Mario Bencastro draws upon his own experiences working with immigrant teens to deftly examine the pressing questions and problems facing these bicultural teens."