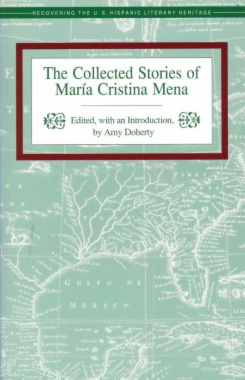 This book gathers for the first time the English-language fiction of the first Mexican-American woman to appear in major U.S. magazines, María Cristina Mena. Written between 1913 and 1931 and published in such periodicals as
Century, Cosmopolitan and T.S. Eliots Criterion, the short stories collected here include her best known work, The Vine-Leaf.
Mena portrays life in Mexico both before and during the revolution of 1910 in stories that depict tradition and upheaval, class hierarchy and social customs under Porfirio Díaz, the changing roles of women, the influences of Spain and the United States, and the effects of capitalism and modernization. These intriguing narratives open a window onto Mexicos past, and their underlying themes remain relevant to readers today.
Amy Dohertys critical introduction features newly recovered biographical information about the author, and includes excerpts of Menas correspondences with her magazine editors and with her friend D.H. Lawrence.