Prévost's Mentors: The Master-Pupil Relationship In The Major Novels Of The Abbé Prévost 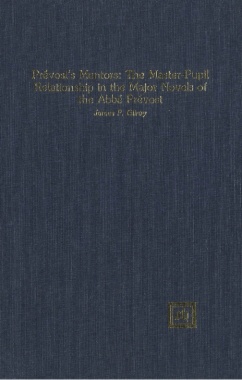 This study focuses on Prévost's flue major fictional works, written mostly during the 1730's, his most prolific period of novel writing. A special feature of Prévost's treatment of the mentor-pupil theme is his sympathy and admiration for women, who reveal more sensitivity and insight than the male characters both as teachers and as students. "Gilroy's monograph is well documented and competently written. He provides many intelligent restatements of important elements of the common fund of critical thought surrounding Prévost's novels, which may be useful to new readers."Alan J. Singerman, French Review.