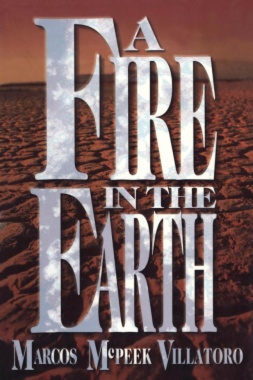 A Fire in the Earth

A devastating earthquake gives birth to the tumultuous saga that follows an Indian patriarch as he leads his clan to claim the moist, fertile soil that rises out of the tremors and destruction. Amid chaos and catastrophe, the human spirit is challenged to discover its true strength in Marcos McPeek Villatoro’s spellbinding novel, A Fire in the Earth.

The birth of a child at the exact moment of simultaneous death and rebirth in the aftermath of the tremors is an omen of joy and prosperity for the Colónez family and the settlers of El Comienzo, The Beginning, as the colony is named. But in this epic story that captures the trials of a Central American nation during the first three decades of this century, setting the stage for the tragedies of the last twenty years, happiness is short-lived. Faced with overwhelming competition from foreign entrepreneurs, the Colónez family starves on this promised land, now a forest of coffee trees that enriches the absentee landlords, the ruling families. The clan is split; the stage is set for civil war.

McPeek Villatoro’s epic tale is a monument to the people of Central America. A Fire in the Earth keeps faith with all tempestuous elements and outrages—the courage, the suffering, and the ultimate liberation—in the remarkable lives it narrates. Fast-paced, yet poetic, this powerful novel is a page-turner that invites no interruption.