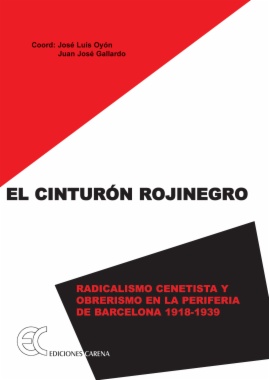 It is a collective investigation coordinated by Jose Luis Oyón and Juan José Gallardo in which the relation between the radical labour movement and the birth of new neighborhoods arisen in the bordering municipalities of Barcelona where an authentic black and red belt was formed, is studied meticulously. All these accessions were forming actually a single geographical wreath, laborer and immigrant, whose historical reading has to be done as a whole.