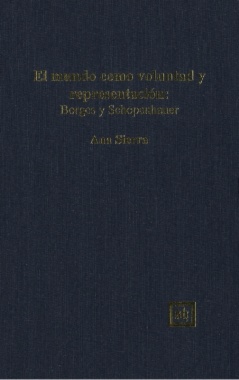 A highly original study on the relationship between the aesthetic theory of Schopenhauer and Borges’s fictions, this book analyzes several essays and short stories in order to reveal facets of the aesthetic experience. The first part broadly outlines some of the principal ideas of El mundo como voluntad y representación, as a background to the aesthetic theory: the concept of perception; the oneiric character of reality; the different meanings of the term ‘will’; and the relationship between will and intellect, among others. The rest of the book analyzes how Schopenhauer’s theories transform Borges’ discourse in a sort of palimpsest of the origin of the artistic work. "a highlyvaluable and useful reference book." -Harley D. Oberhelman, Hispania. Text in Spanish.