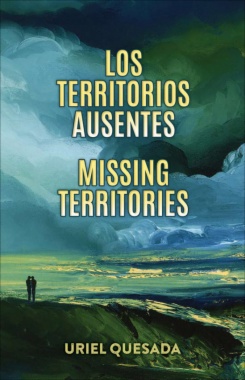 In the title story, a man flees his family and homeland, which he “had been leaving for years, as if it were a natural impulse,” abandoning his aging parents for the uncertainty of a homeless camp in Southern California and sexual encounters with strange men. Later, plying the North American highways as a truck driver, Marcos can recreate his story for each new person he meets. The characters in these vivid and often absurd stories deal with bureaucracy and business efficiency, corruption and abuse. Two police officers select their prey, someone who hasn’t committed a crime, but the night spins out of control when one decides he doesn’t want to hurt an innocent boy and instead becomes another victim of his violent partner. A Spanish-speaking university student finds himself arrested and agreeing to exchange certain favors for his release. Acclaimed Costa Rican author Uriel Quesada sketches fresh interpretations of the social, cultural and geographic landscape of the United States. A group of Latin American students at Tulane University plan to disrupt a presentation by Borges, who is guilty of betrayal, absent “from the events that tore apart our people.” A queer antiques dealer in New Orleans goes to jail, not for breaking the law against sodomy in force at the time in Louisiana, but for selling pieces purloined from cemeteries. Containing Quesada’s original Spanish with a rewarding translation by Elaine S. Brooks, this bilingual edition brings the thought-provoking stories of an award-winning writer to an English-speaking audience in the United States.Bilingual edition
Back