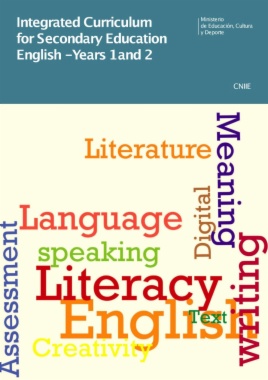 The MEC/BC bilingual project, initiated in 1996 in primary as a unique experiment within the Spanish state education system, and in September 2004 the classes that had started their bilingual education 8 years earlier took the project forward into Secondary schools.The formal agreement between the MEC/BC states that the aim of the project is to provide students from the age of three to sixteen with a bilingual, bicultural education through an integrated Spanish/English curriculum based on the Spanish National Curriculum and aspects of the National Curriculum for England and Wales. The implantation of such a curriculum requires, firstly, with regard to English as a subject, a very different classroom approach from the traditional EFL classroom where the focus is on learning English as a foreign language; secondly, a similar new methodology for teaching and learning other curricular areas through English. Such an integrated approach sits very positively within the Directives of the Council of Europe which insists on the need for students to be competent in three European languages by the end of the obligatory period of Secondary Education and that the learning of the first foreign language should begin in the early years of formal education. In addition to this, the secondary integrated curricula have consistently focused on the continuing development of students¿ skills and learning strategies, thus firmly establishing learning as a lifelong process. The specific objectives of the Project in the Secondary education level are to: continue the acquisition and learning of both languages through an integrated content-based curriculum, encourage awareness and understanding of the diversity of both cultures, facilitate the exchange of teachers and students, encourage the use of modern technologies in learning other languages, promote the certification of studies under both educational systems, if and when appropriate.