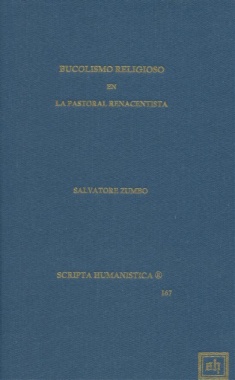 The pastoral, as a literary genre, won wide acclaim both in Italy and Spain during the sixteenth century. A resurgence of its literary importance has been heralded lately by many important studies on the genre, including the present one which examines the theme of religious bucolics in the Renaissance Pastoral.
This book is a significant contribution to Golden Age Literature for it presents, through a detailed study of the gods Pan, Diana and Nature, the uniquely diverging pagan attitudes and religious sensibilities in the most representative pastoral works of Italy and Spain. This motif, more than any other, establishes a pattern of style and bucolic thematics which suffused the entire sixteenth century and even passed beyond into the seventeenth, bringing into focus a new perspective to the study of the Spanish pastoral and to the essence and meaning of Renaissance.
This volume will undoubtedly stimulate intellectual curiosity for it unveils, in a comparative context, an original examination of religious bucolics in the pastoral literature of Italy and Spain.
Back