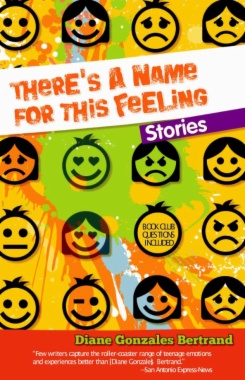 In the title story, Lucinda hatches a clever plan to get her boyfriend back and is crushed when she ultimately realizes that it’s impossible to force a guy to love you. Like all young people, she ignores the advice of her mom and learns that lesson—and many more—the hard way.

In this bilingual collection of ten short stories for young people, kids deal with both serious and humorous consequences after they ignore their parents’ suggestions and disobey rules.  At a friend’s house on New Year’s Eve, Raymond plays with fireworks even though he promised his parents he wouldn’t. Kids on a track team search for a mysterious naked woman with embarrassing results. And two girls in a wax museum are in for a surprise when they ignore the signs about touching the figures.

These short and accessible contemporary stories are alternately amusing and poignant as they explore issues relevant to today’s youth. Teens deal with everything from grandparents suffering from dementia to difficult customers at a first job. And in one story, a young girl grieves the loss of her baby, a miscarriage her mom calls a “blessing.” These stories highlight the emotional tailspins of living in a complicated world.