The Computer Is Down 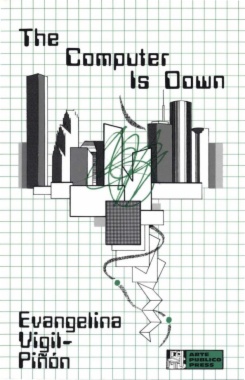 The Computer is Down is at once a celebration of the crystalline and silvery image of the modern city, its advanced technology and economic power, as well as an iconoclastic questioning of the values attendant to this late twentieth century monument of civilization. The poet’s eye guides the reader beyond the blinding glitter and the dizzying pace of the “space city” to focus on street and neighborhood life, on the common man in his adaptation – happy or uneasy – to what seems to be an increasingly dehumanizing urban environment.

In The Computer Is Down, our Virgil leads us down into the bowels of the city, where inhabit the human detritus: the downtrodden, the ignored, the forgotten. And above, at street level, the beauty of people maintaining their culture and traditions, unknowingly resisting dehumanization, resounds above the din of the traffic, the air drill and the wrecking ball. Like the black teens swaggering up the block to their “ghetto blaster” radios and the retired “rich folks” maids steadily marching to an internal, more profound beat, the common folk shall endure – longer than the towers of Ozymandias.