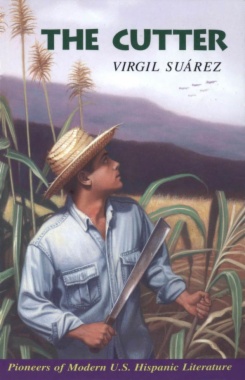 Having finished his last “voluntary” years in the Cuban military, Julian Campos is now ordered to volunteer more of his life in the sugarcane fields, one of the countless cutters in the state regime’s mad plan to harvest ten million tons of cane in a single season. Five years before, the authorities had refused to yet young Julian leave the island when his parents emigrated to America. His one remaining hope is that if he cooperates fully, he too will at last be granted permission to go. After all, otherwise, as one compañero bitterly observes, “A machete is no match against a machine gun.” But as abuse of Julian as a gusano increases, his desperation grows, and he begins to consider cutting his own reckless path to freedom.

Written in “ a cold, unornamented, Hemingwayesque style, always straightforward and cinematic” (New York Times Book Review), The Cutter rivals Arthur Kosestler’s Darkness at Noon and Alexander Solzhenitsyn’s One Day in the Life of Ivan Denisovich as an utterly convincing and human portrayal of life in a police state.