Only the good times 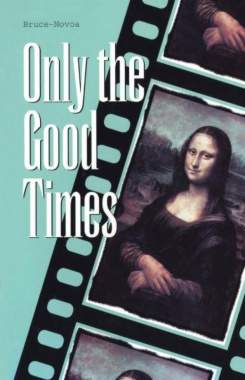 It is said that one never forgets one’s first love. But rarely does that love transcend all other things, becoming an obsession, a career, or a reason for living. First-time novelist and renowned literary critic Bruce-Novoa explores the very relationship between love and art in this highly lyrical and experimental novel set to the backdrop of the babyboomer era, especially as expressed in film, music and popular culture from the 1960s to the 1980s. The protagonist, a talented cinematographer, sees his beloved everywhere, in his mind as well as through the lens of his camera. Despite the turns of fortune that have determined Paul’s life, a series of lovers and even marriage to another, Paul clings to the hope of ultimately finding his true love and living out the rest of his life with her. Obsession and the fateful possibility of reunion are the suspenseful, driving forces behind this artful romance.