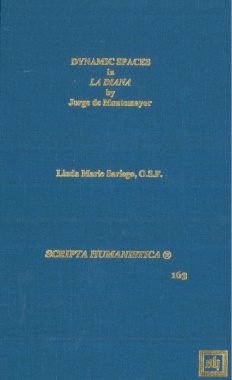 This book is the first to study the three predominant settings in Montemayor's Diana. It offers heretofore unexplored considerations that identify the environments as indispensable, protagonic figures that promote the dramatic action. The information in this book dispels both the notion of the pastoral novel as a genre marked by a static representation of whimsical fantasy and that of the spatial framework as that of a mere descriptive background. It explores ways in which the ambience initiates and sustains the external dramatic action and causes the internal transformation of the protagonists. The book employs a previously unused analytic tool which focuses on the effectual reciprocity between the characters and their environment. This volume offers an innovative investigative approach to this pastoral novel, a study that challenges the propensity for order characteristic of Renaissance literature. This book will stimulate intellectual curiosity in the pastoral genre, for it rightfully exposes the exciting dynamism in La Diana that has often gone unnoticed. This study is an essential consideration of those interested in Golden Age Spanish Literature.