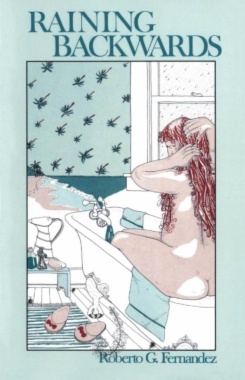 Raining Backwards is an entertaining satire of the Cuban community in Miami, filled with hilarious scenes and characters, including a lovesick girl determined to be a cheerleader for the Miami Dolphins, a poor Cuban American who becomes Pope, another Cuban American who begins a guerrilla war to separate Florida from the Union, and a ditsy plantain-chip magnate.