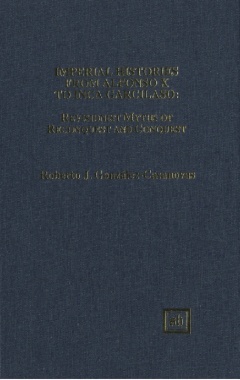 This study situates medieval, renaissance, and colonial Spanish chronicles about the Reconquest of Iberia and Conquest of America in comparative cultural contexts of Iberian expansion. The book's purpose is not to survey or compare the chronicles themselves in terms of discrete traditions, contents, or forms, but rather to construct a critical model of national-imperial historiography as a discourse of cultural authority and reception. These issues are examined in relation to the authorial-editorial frames in works from Alfonso X of Castile and James I of Aragon to Columbus, Cortés, Cabeza de Vaca, Las Casas, Díaz del Castillo, and Inca Garcilaso; they are accompanied by parallel readings of Portuguese, French, and Italian works by Barcelos, Joinville, Compagni, and Camões.